Our team believes that a new day is on the horizon. A new day for you. A new hope, a new regeneration in which you will experience and receive the love of Christ, the One who has come to save and redeem you. Because of this, they lead with diligence, energy, and hope. If there is one thing they want you to know, it is this:  It is never too late to receive Christ, and every person who walks through the door of the church is welcome, no matter your background. 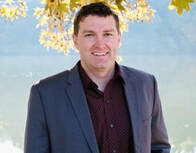 JONATHAN MCGUIRE  - LEAD PASTOR
JONATHAN@BRIDGEOFFAITHCC.COM
​
Jonathan grew up in Lebanon, MO.  At the age of 13, his grandmother said that we would be a pastor someday.  When Jonathan was 17, he surrendered to the ministry but was not sure where God would lead next.  After two years of wrestling and playing baseball at community college in St.Louis, He transferred to College of the Ozarks, where he also played baseball. Jonathan met his beautiful bride, Amy, at College of the Ozarks, and they were married in 2005.  Jonathan graduated in 2006 with a B.A. in Philosophy and Religion and began to search where God was leading him next.

​Upon visiting First Baptist Church in Branson, MO, Jonathan heard the planting pastor of Bridge of Faith speaking and knew this was where he was called to serve. In June of 2006, Jonathan and Amy began attending Bridge of Faith.  Jonathan and Amy served under Vince Blubaugh for a year before he was called to plant more churches.  It was at this moment that the church called Jonathan to pastor July 2007.  Jonathan is passionate about reaching kids and families with the Gospel of Jesus Christ.  Jonathan believes Matthew 18:5 that if we welcome children in the name of Jesus that we welcome Christ himself in our church.  Jonathan and Amy have 4 children:  Brianna, Macy, Colten, and Kylie. His passion is to transform generations that transform communities. 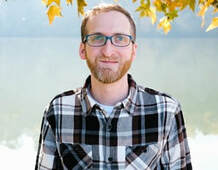 Growing up in a Christian home, Cameron developed a desire for the Word of God in middle school and high school. In 2007, he left home in St. Charles and began his studies at College of the Ozarks,and in 2011 he received a B.A. in Philosophy & Religion. In January 2011 Cameron began serving with Bridge of Faith as a Pastoral Intern through the North American Mission Board. He has served as the thrift store director, briefly as the interim youth pastor, and is currently the Associate Pastor, mission team coordinator,  and the summer intern director. Cameron is passionate about teaching Christians why it is important to know what they believe and how to defend their faith in a way that honors Christ. Cameron met his wife, Jodi, at College of the Ozarks, and they have a two-year old son named Lukas (and one on the way!). 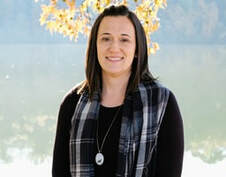 Amy grew up in Fort Scott, Kansas.  Amy has always been a high energy leader. She assumed leadership roles throughout her high school career.  In 2001, Amy graduated from Fort Scott Christian Heights.  She then attended junior college in Fort Scott.  Amy got accepted into College of the Ozarks in the fall of 2003, where she majored in Business with a focus on Economics. She married her husband, Jonathan, in the fall of 2005.  Amy and Jonathan were searching for a place to serve when they heard the planting pastor of Bridge of Faith speaking at First Baptist in Branson.  The following week Amy and Jonathan visited Bridge of Faith for the first time.  Immediately they knew this is where they were called to be.

Amy has held many roles at Bridge of Faith, including:  executive leadership team member, secretary, assistant, after school program director, children's minister, volunteer coordinator, Summers @ the Beach Director, and her most recent roles of Director of Thrift Store Operations and Next Generation Leader.  Amy and Jonathan have 4 children: Brianna, Macy, Colten, and Kylie.  Amy has a huge heart for the children in the community and is constantly striving to find new ways to improve their lives. 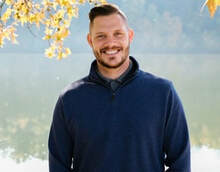 Adam grew up in Branson, MO and played sports throughout his school years. On Easter Day in 1997, he gave his life to the Lord and knew it was the best decision he ever made! He graduated from high school in 2004, and married his beautiful wife, Erin, in 2006. Erin came along at just the right time in Adam’s life, a time where he experienced many struggles, and her love and commitment was a Godsend to him. In 2009, they had their first child, Adelyn, and in 2010, he started training in the MMA and became a professional fighter 6 years later. The Minks began attending Bridge of Faith in 2012, and also welcomed their second child, Zaden, into the world that same year. In 2017, Adam and Erin went all in and moved to Rockaway Beach with a commitment to serve the community where they attended church. Their devotion was recognized by the church leadership and Adam’s commitment to the church’s youth led to him being invited to become Bridge of Faith’s new youth pastor in September of 2018.
​ 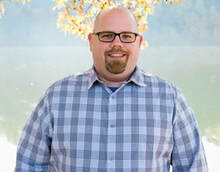 MAC HILL - WORSHIP PASTOR
MAC@BRIDGEOFFAITHCC.COM
Mac grew up in the Kansas City (Kansas) area. In high school and college he participated in music and theater.  At age 25, Mac accepted Jesus as his Savior and began to learn how to play the guitar. Since then, he has been leading worship with and for God's people.  Mac has had the honor to be a lay leader, Worship and Creative Arts Pastor, Lead Pastor, and church tech guy.   Mac has been with the Bridge of Faith family since August 2015. 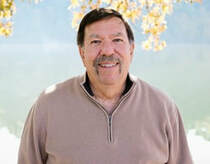 Jim Harriger has been preparing for community development with Bridge of Faith for 49 years. Starting as a camp counselor for junior high, inner-city boys, God has led him through school and jobs to be ready for ministry in Rockaway Beach. He transferred colleges in order to start working full-time with the York Rescue Mission Youth Program, which he then directed for two years after graduating with a BA in Mathematics.

God added Mary as his wife to work beside him in 1974, first at the York Rescue Mission, then for eleven years at the Union Gospel Mission in Seattle, WA.  While there, he moved from youth work, to Assistant Director of the Mission while finishing his Masters in Christian Education. While there was more to accomplish in Seattle, God had another job for the family.

In 1987 Jim, Mary and their daughters Sarah and Annah moved to Kansas City, Missouri where Jim served for three and one-half years as the first Director of Education for the Association of Gospel Rescue Missions. The family spent two years in training in Washington, DC with the Central Union Mission, and then was called to Springfield, Missouri where Jim became the Executive Director of Victory Mission. He served in Springfield for twenty-three years, leading the mission to grow in facilities, programs, staff and budget. As he retired in January, 2016, he was referred to in one news story as an “icon of the community”. You too can be an icon of your community: simply start each day with Jesus, then show up for the job He has assigned you to do. Do this consistently over 23 years, and you will be an icon.
​
Jim and Mary made Rockaway Beach home in June, 2016. They enjoy the Lake, the community, the people, and the opportunity to watch their six grandchildren grow.

Kara Hinkle - EXECUTIVE ASSISTANT
Kara grew up in Neosho, Missouri and graduated from Neosho High School in 2001.  After high school, she attended John Brown University in Siloam Springs, Arkansas, graduating in 2005 with a degree in Children and Family Ministries.  She met her husband Kyle in Arkansas.  They have been married since 2008 and have two children—Kale and Krista.  In 2012, God used job changes to send the Hinkles to the Branson area, which led them to Bridge of Faith.  Kara has been serving in the role of Executive Administrator since April 2018.  Along with all the office work and details (which she loves), she also serves in children’s ministry leadership (which is her passion).  Kara believes that kids are an integral part of the church now, not just for the future, and strives to see them fulfilling their role today as part of the body of Christ (1 Cor 12).